Qualcomm launched the Snapdragon X60 5G Modem, a third generation SoC for 5G connectivity on smartphones. In this sense, according to rumors, this will be the technology that Apple should bet on to equip the iPhone 2021. Despite leaving behind its competitors, Apple should not bet this year on 5G. But is it a disadvantage? It may not be, given the weak implementation that 5G will still have on the market in 2020.

After several years of fighting with Qualcomm, the partnership could strengthen both companies. In this sense, we may soon see the chip giant putting the fifth generation of mobile telecommunications on the iPhone.

Qualcomm brings 5G to the iPhone

Qualcomm's latest 5G modem, the Snapdragon X60, is the first 5 nanometer baseband chip. After the 7-nanometer X55 chip, launched in February 2019, the X60 is capable of providing up to 7.5 Gbps of download speed, and up to 3 Gbps in upload.

It is believed that the reduction from 7-nanometers to 5-nanometers will help to reduce the size of the chip in general, allowing device manufacturers to have this technology take up less space inside a smartphone. In addition, this reduction should be more efficient in energy consumption. Thus, manufacturers will be able to use this unoccupied space to add new and improved features. As a result, smartphones can be more efficient and lighter.

Qualcomm also claims to have the world's first 5G RF-modem system to support spectrum aggregation across all major 5G bands and combinations. For 5G in particular, this means being able to use both sub-6GHz bandwidth and using mmWave simultaneously. 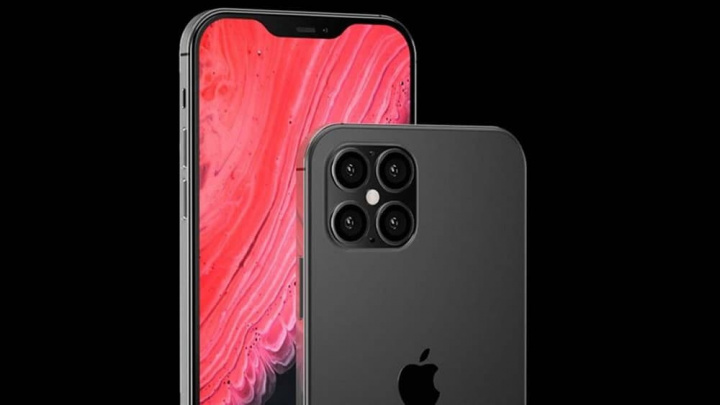 As we know, previous 5G chips were able to communicate with sub-6GHz connections or mmWave, but they did not achieve it at the same time. When connecting to both, there is less chance that users will experience a loss of signal, since mmWave technology is more sensitive to interference, in addition to allowing greater data transmission in general.

The X60 also includes support for Voice over NR (VoNR), which is used to make calls over 5G calls. This feature prevents you from having to use 3G or 4G technologies again.

Qualcomm says that the first samples of the Snapdragon X60 and the accompanying QTM535 mmWave antenna module will be supplied to device manufacturers in the first quarter of 2020. Thus, this timing should allow the first commercial smartphones to use these modems to be launched on the early 2021.

Taking into account Apple's usual dates for designing the iPhone and the size of its supply network, it is highly unlikely that the X60 will be used on the “iPhone 12”.

It is “Union” between the two companies comes after the agreement from Apple with Qualcomm in 2019 to use its modems. However, it is highly likely that a Qualcomm 5G modem will be used in the next models, possibly the X55. However, neither is it possible to rule out the possibility of Apple using its own antenna designs instead of relying on what Qualcomm provides.

The millimeter wave is an undeveloped spectrum band that can be used in a wide range of products and services. As, for example, we have high-speed point-to-point wireless local area networks (WLANs) and broadband access. In telecommunications, the millimeter wave is used for a variety of services on mobile and wireless networks, since it allows high data transmission rates of up to 10 Gbps.

Eintracht Frankfurt has another player infected with the coronavirus – Germany

Mozambique graduates the first 12 masters in Biology and Conservation – Observer

Government works with operators to create social tariff for internet