Home » Poland » May 1st. CGTP will bring together hundreds of union members, united “but at a distance of 3 meters” – Observer

May 1st. CGTP will bring together hundreds of union members, united “but at a distance of 3 meters” – Observer

Santa Casa da Misericórdia de Lisboa contributes so that this information, essential for public clarification, is open and free for all to read

“It is very complicated to organize a May Day celebration in these circumstances. It will be completely different from what it was last year and in previous years ”. The phrase comes from Libério Domingues, from the Union of Trade Unions in Lisbon, the man responsible for organizing the CGTP Labor Day celebrations in the capital. In Covid-19 times, and with restrictions of the state of emergency still in effect, the thousands and thousands of people filling the Alameda lawns, next to the Fonte Luminosa, and on Avenida Almirante Reis, will be an image of the past. In fact, if everything goes as planned – and the events organized by CGTP, generally go as the organization wants – the celebration of May 1st this year in Lisbon will seem like a huge military ceremony.

Across the entire width of the lawns, the organization will place tapes every five meters, delimiting corridors to which the union representatives will be directed. And even these will have to keep a distance of 3 meters from each other. Still, there will be hundreds, several hundred people forming what, from a distance, should seem like a huge “battalion” of aligned unionists. All details have been worked out in meetings in recent weeks, including with the Health authorities, the Ministry of Internal Affairs and security forces. Libério Domingues explained to the Observer how the CGTP organized the most atypical of the 1st of May meetings, which will have neither parade nor demonstration.

Union members and popular people gathered at the 2015 Labor Day celebrations, on the Alameda lawns. This year will be different, says the CGTP.

“This year, CGTP made it clear to the population that the celebration is different and under special conditions, with the presence of only representatives of the unions”, assumes the coordinator of the Union of Trade Unions of Lisbon of CGTP. And how many will be there? The precise number will only be closed on Thursday night, when the deadline for the more than 80 trade unions affiliated with Inter to provide the names of the people who will be present runs out. "Surely more than 2 for each union structure", he guaranteed. "Hundreds, several hundred, but it should not reach a thousand people," he said.

As for the usual space for the celebration, the Alameda will, like every year, be reserved for the party. “We will occupy Alameda's lawn space, which will be enclosed with tapes. Rows will be formed with tape every five meters across the entire Alameda. The queues will be marked and numbered and each participant will know which is the queue and the place assigned to them. And when they arrive, they will be taken to their place ”, says Libério Domingues.

Rules that, insists on emphasizing the unionist, are more restrictive than the distance indications issued by the Directorate-General for Health. This implies “a very great effort, a great discipline”. Even so that there are no “uncontrolled movements” between the lines and in the spaces nearby. In other words, it will also involve the mobilization of between 30 and 40 elements to control people. And no private security. “All our people, from CGTP just for the organization, between 30 and 40 people.

Of course, all of this takes place over a long weekend in which there is a ban on leaving the municipality of residence. In other words, only citizens with specific authorization or in exceptional professions could justifiably leave the areas where they live. 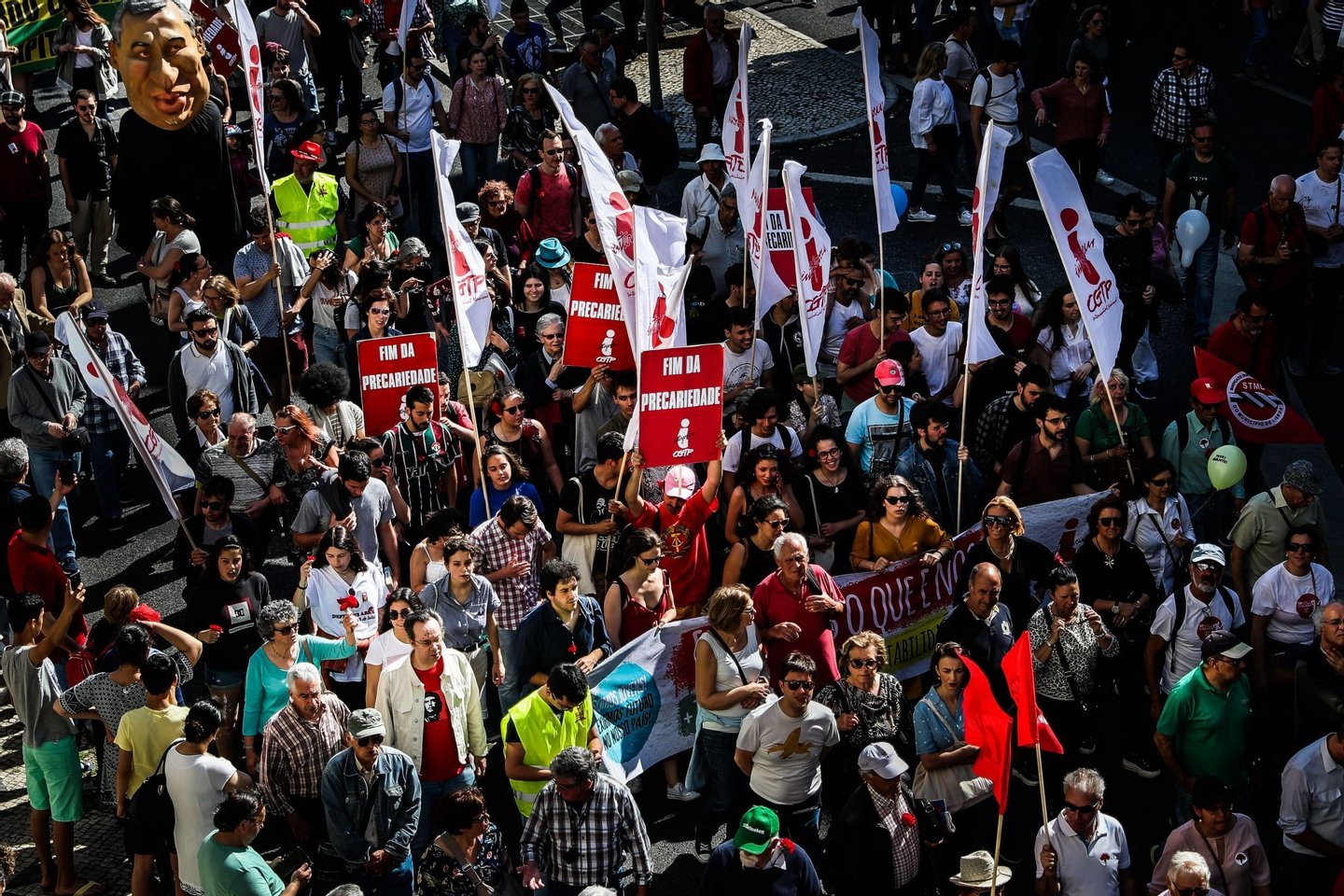 The celebrations of 1º de Maio, Labor Day, last year brought thousands of people together in Lisbon. Between 20 and 30 thousand, estimated the organization.

“Because of the Prime Minister's statement last week (on the ban on traveling between municipalities), each of the union representatives will have a declaration passed by the CGTP”, stresses Libério Domingues. Reasons invoked? Whoever travels to Lisbon (and the other 23 locations where meetings are held) will come in “union activity”.

“We will pay special attention to public transport as well. We will have people of ours with vests from the organization so that people do not flock to metro stations. We are not going to prevent the movement of people (even outside the event, namely a large audience), but we are going to make it easy to understand that it is a different celebration ”, underlines the official.

The use of the mask at the commemoration site will be “optional”. “In the meetings we had at the Ministry of Health, they didn't tell us any of this about being mandatory. On the contrary, the Director-General of Health (Graça Freitas) even dismissed this because it is an open space. And the organization was clear to discourage the presence of pensioners, children and others in risk groups related to the new coronavirus.

Still, CGTP will have masks available for those who do not have and want to use. “But of course we will not force anyone, whoever wants to use it. 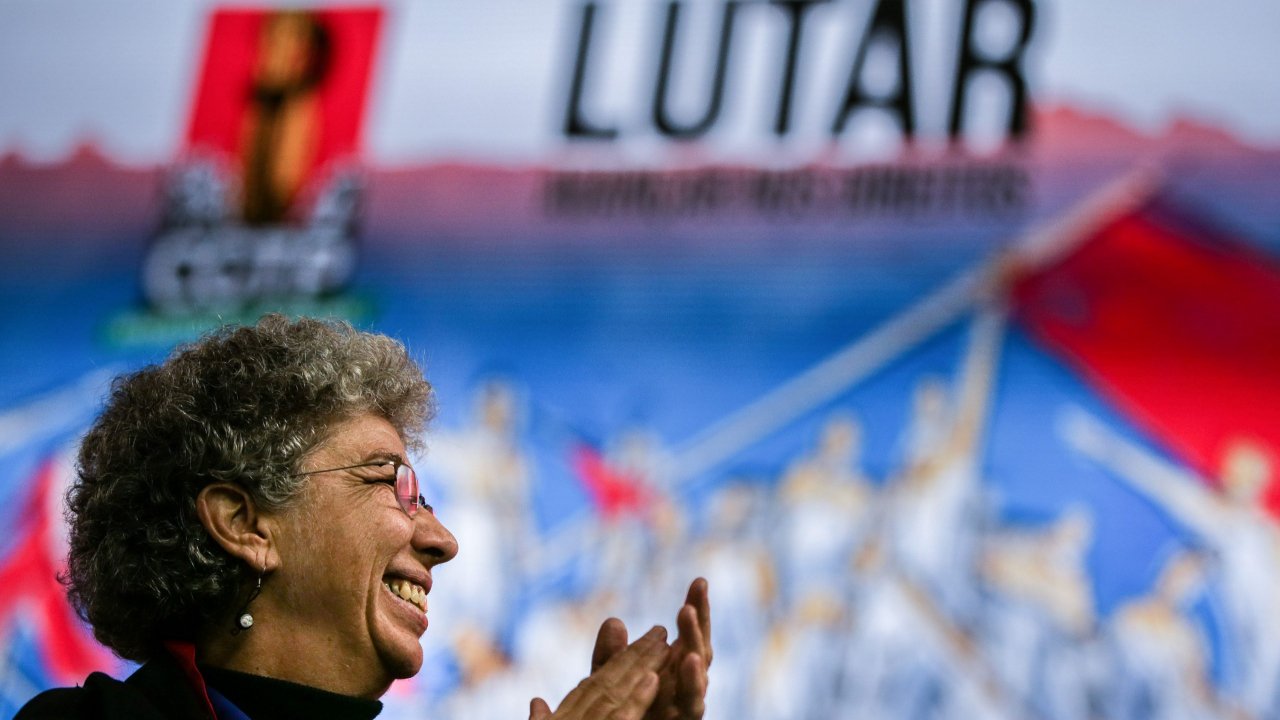 Isabel Camarinha, elected this year to replace Arménio Carlos at the head of the CGTP, will speak alone on the stage mounted at Fonte Luminosa.

As for the event itself, it will be short. “At about 15:15 the general secretary (Isabel Camarinha) speaks and then there will be no parade, there will be nothing. Each representative goes to his life ”. In less than an hour the celebration at Fonte Luminosa will be over, estimates Libério Domingues. The possibility of Isabel Camarinha – who makes her debut on May 1 as secretary-general – was still analyzing the speech from a mobile studio, to be broadcast by streaming, but the solution chosen will be a small stage. It is certain that she will be alone, without the approximately 30 members of the Executive Committee – Inter's highest body – at her side. But these will be in the front rows, of course.

Contrary to other years, the organization pointed out, there will not be a lot of buses parked in the Alameda area, nor any road cuts. "The people there are hardly aware of it." And loudspeakers for the slogans? “That yes, it could not be otherwise. But that, the people at Alameda are already more than used to 1º de Maio ”, laughs Libério Domingues.

As for the other union central, UGT, it has already indicated that it will celebrate the 1st of May digitally and will not carry out on-site initiatives.

FC Porto passed the 100-goal barrier, do you know who scored the most?

Corona in Hungary: Orbán wants to rule by decree

Soaring Sharp! There are 17 New Cases of Covid-19 in Lutra from Cluster …

Juve Leo member targeted for assault was saved by police

Between Dakar and Ferrari, Carlos Sainz Sr. and Carlos Sainz Filho are experiencing a special 2020 – Observer