The end of the year is, as a rule, an important time for Apple. This is where you get very high sales figures, driven by Christmas shopping and the gifts that are offered.

2019 was not a different year and the results for the last quarter of this year show that. The company's revenues have skyrocketed to new highs, with iPhone sales providing a very important help.

New record in Apple results for the quarter

The American giant presented its financial results for the last quarter of 2019 have just been released and these are again very high. In its growth path, Apple had the best 4th quarter ever, with new revenue maximums.

The declared values ​​for this period of the end of 2019 are very high. So, in terms of revenue, Apple has now declared $ 91.82 billion between October and December. This is a growth compared to 84.31 billion in the same period in 2018.

On the profit side, another strong area of ​​Apple, we have a value of 22.24 billion for the 4th quarter of 2019, which contrasts with the 19.97 billion at the end of 2018. It should be noted that this growth is not checked for over a year. 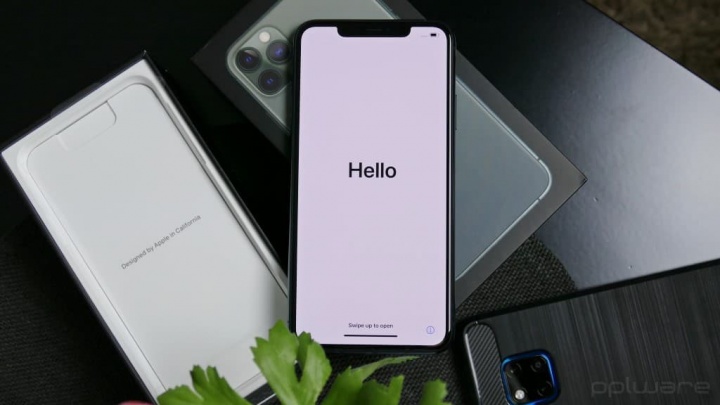 iPhone to grow in sales again in 2019

Supporting these high values ​​are some Apple products. Thus, we have the iPhone as the main highlight, which once again grew in sales. Sales of the brand's smartphones managed to reach 22.24 billion dollars, a figure well above the 19.97 billion that the brand previously had.

Other undeniably important pieces in this growth were the services of the Cupertino giant. With new proposals emerging in the second half of 2019, it managed to reach $ 12.7 billion. Here we already have Apple TV + and all the services already available before.

Another number that stands out in the company's growth is related to the Wearable and Home segment. This had a growth of 37% compared to the accumulated of the year, with the main focus being on Apple Watch and AirPods.

Watch and AirPods saved the hardware in this period

Interestingly, the rest of Apple's hardware performed less than expected. Both the iPad and the Mac showed declines in sales, which were believed to be higher, although there were adjustments in prices and novelties in the most basic models.

In terms of foreign markets, Apple reported widespread declines in sales in China. The brand managed, however, to balance sales in more mature markets, such as Europe or the USA.

These results show that Apple has returned to the path of high growth. These are numbers that bring new records to the brand and that predict a year of 2020 with equally positive and growth results.

Android let any app know what's installed on the smartphone

And the technological highlights of the past week were …

NATO summit in the UK: explosive power is not enough

Vieira: «The more they upset me the more strength I have to take Benfica wherever I want» – Benfica

Lufthansa says global aviation will depend on special aid

Caring for Brain Cancer Patients, This is the Action of SDN Mangkura 1 Makassar

Braga donates ventilators, masks and protective suits to the hospital